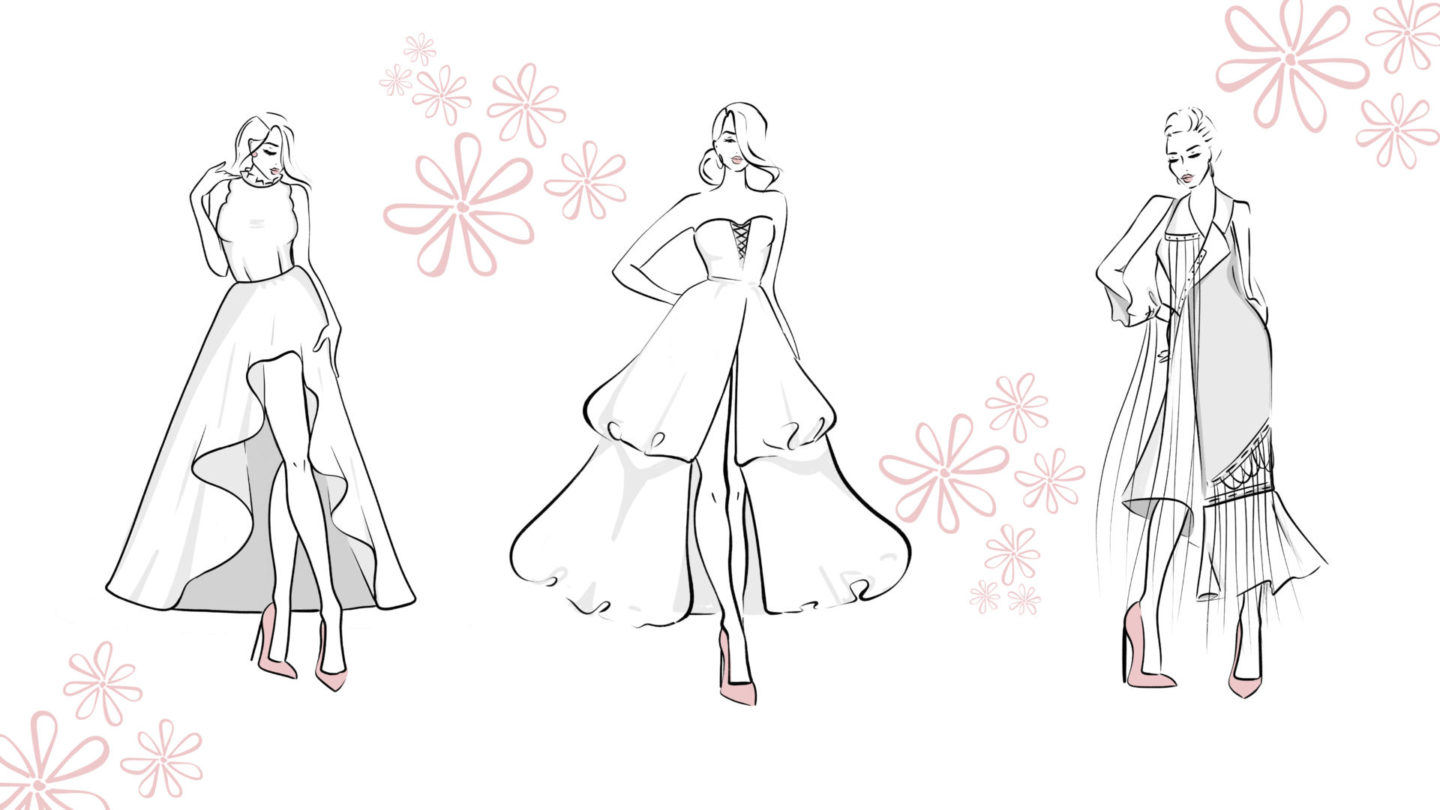 It makes my heart so happy when fashion meets philanthropy. One of the initiatives that I have been a huge supporter of for the past few years is Cashmere Collection – a beautiful runway show and a kick-off to October Breast Cancer Awareness Month. The collection is a vision of a future without breast cancer and features runway-ready couture made by 16 leading Canadian fashion designers.

An annual fund-and-awareness raiser for the breast cancer cause, the annual Cashmere Collection fashion show debuts in late September, featuring original couture designs inspired by the most influential fashion designers of all time and crafted in sheets of Cashmere Bathroom Tissue. Read on to discover Cashmere’s newest designers and for a sneak-peak at this year’s icon-inspired designs! 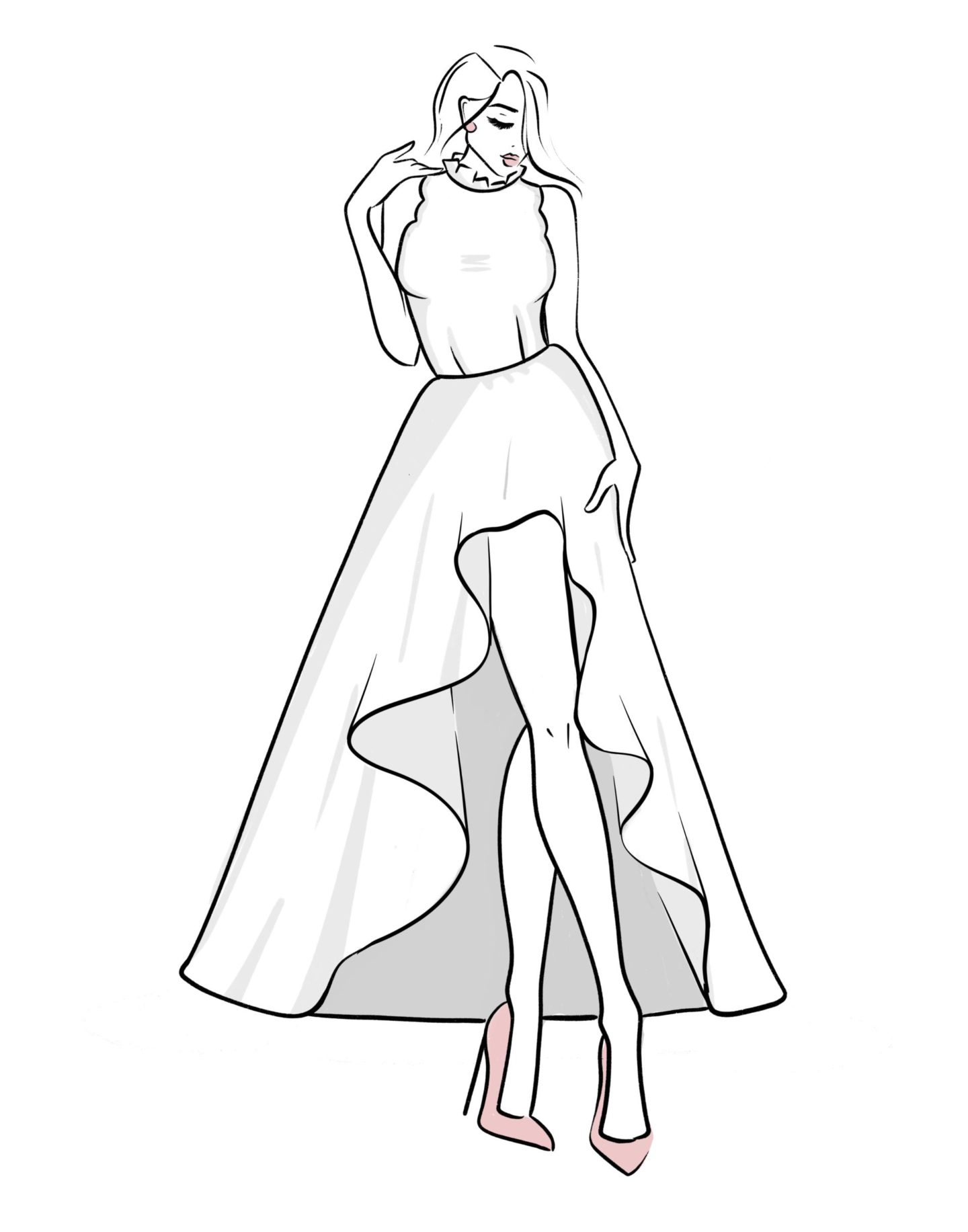 Fredericton-based Adrienne Goodine, a New Brunswick College of Craft and Design alum, has turned her life-long passion for fashion into a custom clothing and jewelry business. She produces flirty, sometimes even whimsical, women’s wear pieces – from evening to formal wear – as well as delicate yet memorable earrings and statement pendant necklaces. Goodine’s choice of Hubert de Givenchy as inspiration for her #Cashmere19 BT Couture makes perfect sense, given her high regard for Audrey Hepburn’s style. Givenchy was also Hepburn’s designer of choice! 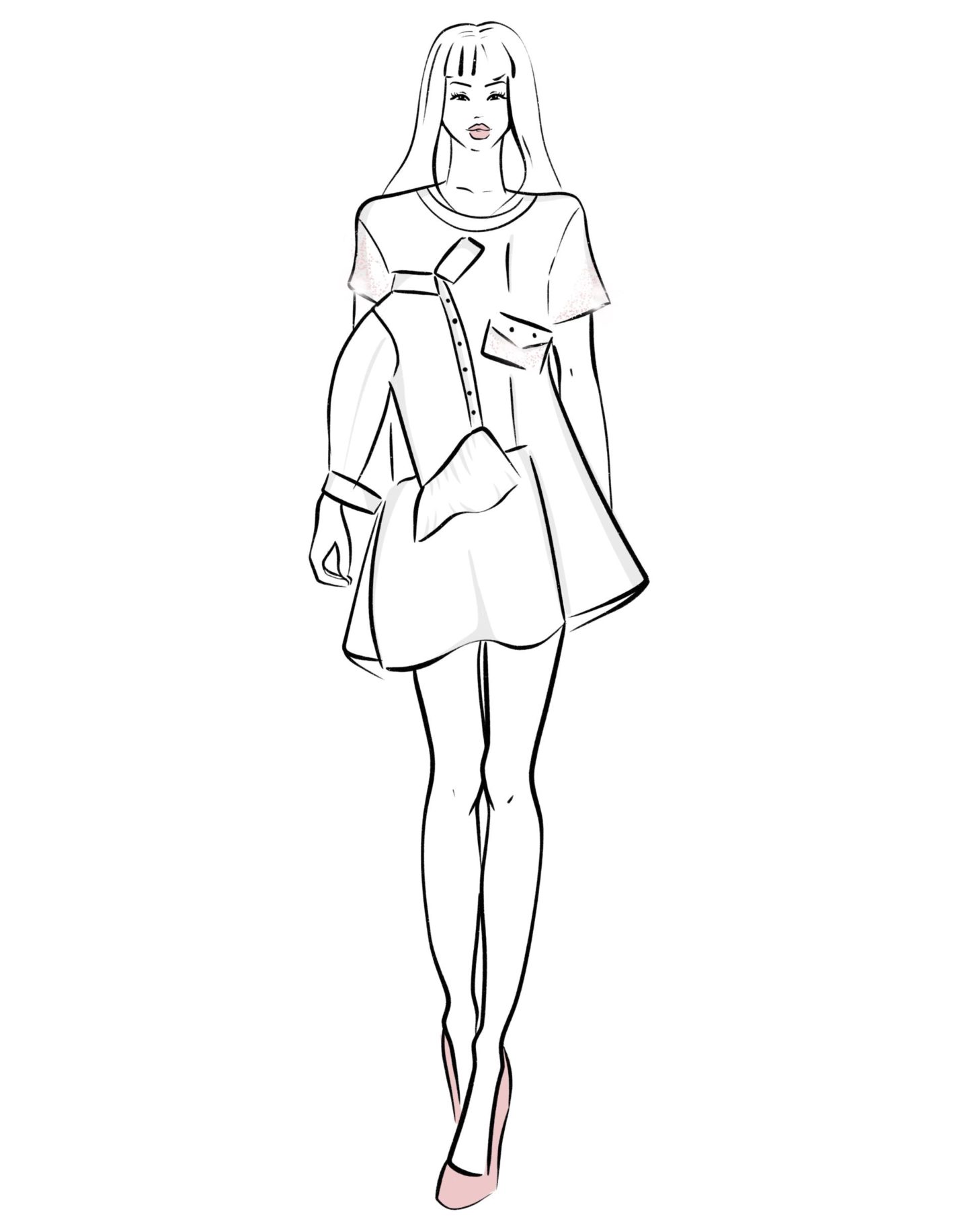 Vancouver’s Alex S. Yu created his first collection of fun-loving, eye catching women’s wear in 2015, after graduating from the London College of Fashion. His colourful looks are all about the youth subculture in general, with updated elements of Japan’s Harajuku style thrown in. For his #Cashmere19 couture creation, Yu takes inspiration from Martin Margiela’s penchant for designing with unconventional fabrics, to embrace the task of working with luxuriously soft Cashmere Bathroom Tissue. 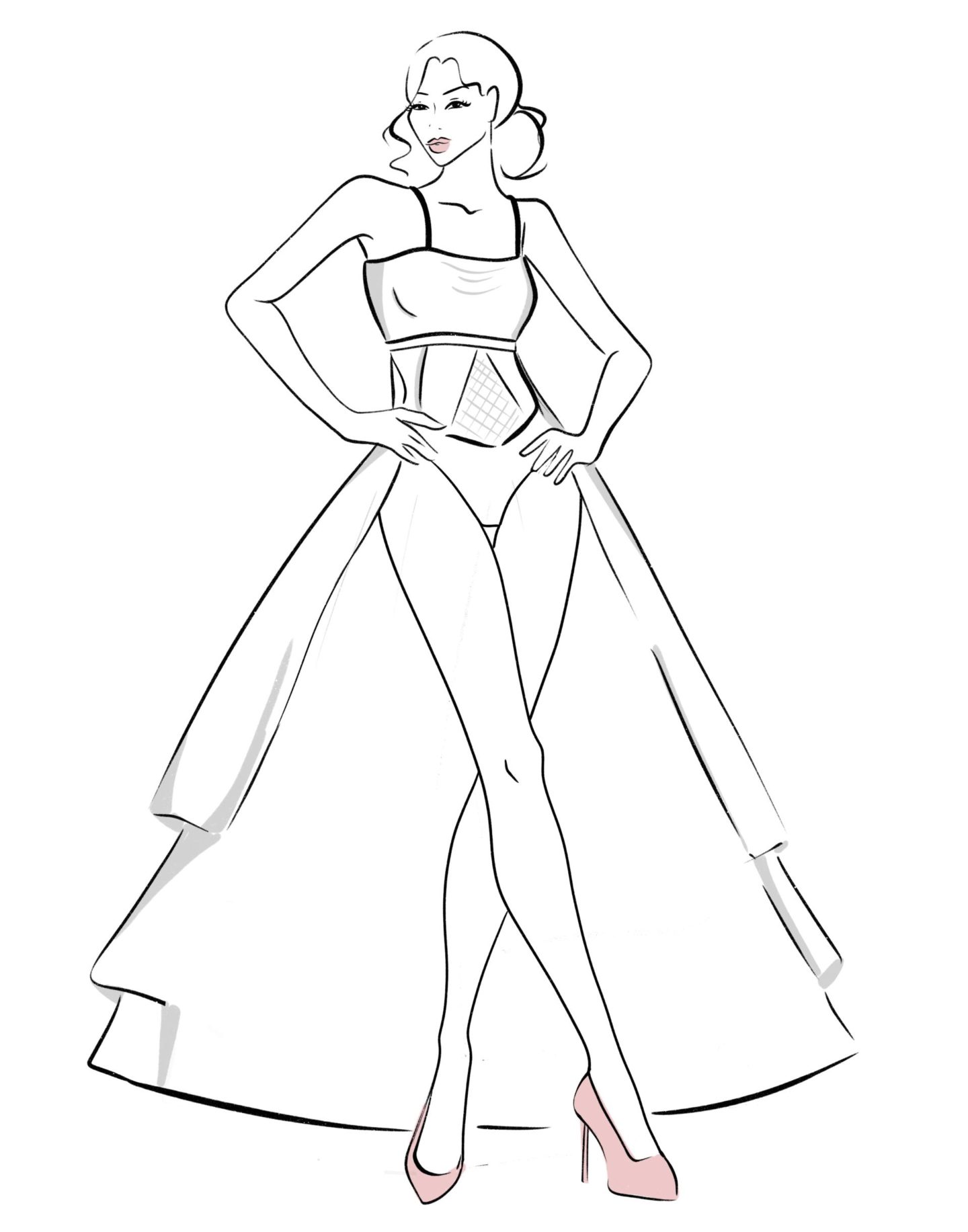 Arti Gogna designs sleek, vibrant, one-of-a-kind dresses for women’s most important occasions—proms, weddings, galas, even audiences with Queen Elizabeth II. “It’s so fulfilling, thrilling actually, to see each of my clients’ happiness, and confidence, when they try on their dress and look in the mirror.” And for eight years, this LaSalle College grad has been delivering that confidence via her in-store and online proudly-made-in-Montreal creations. Versace’s emphasis on the female form and empowering women through their sexuality is Gogna’s muse for the Cashmere Collection 2019. 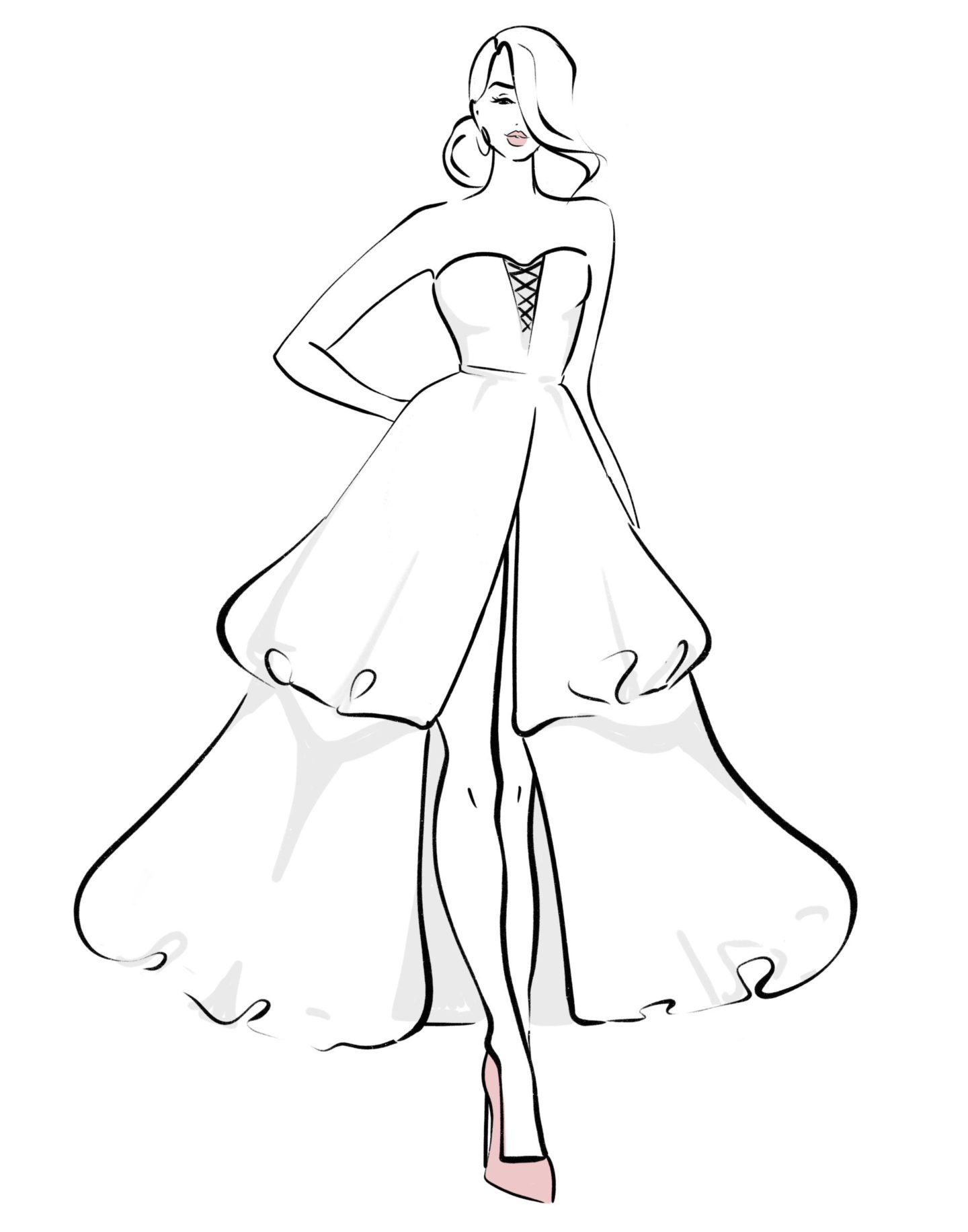 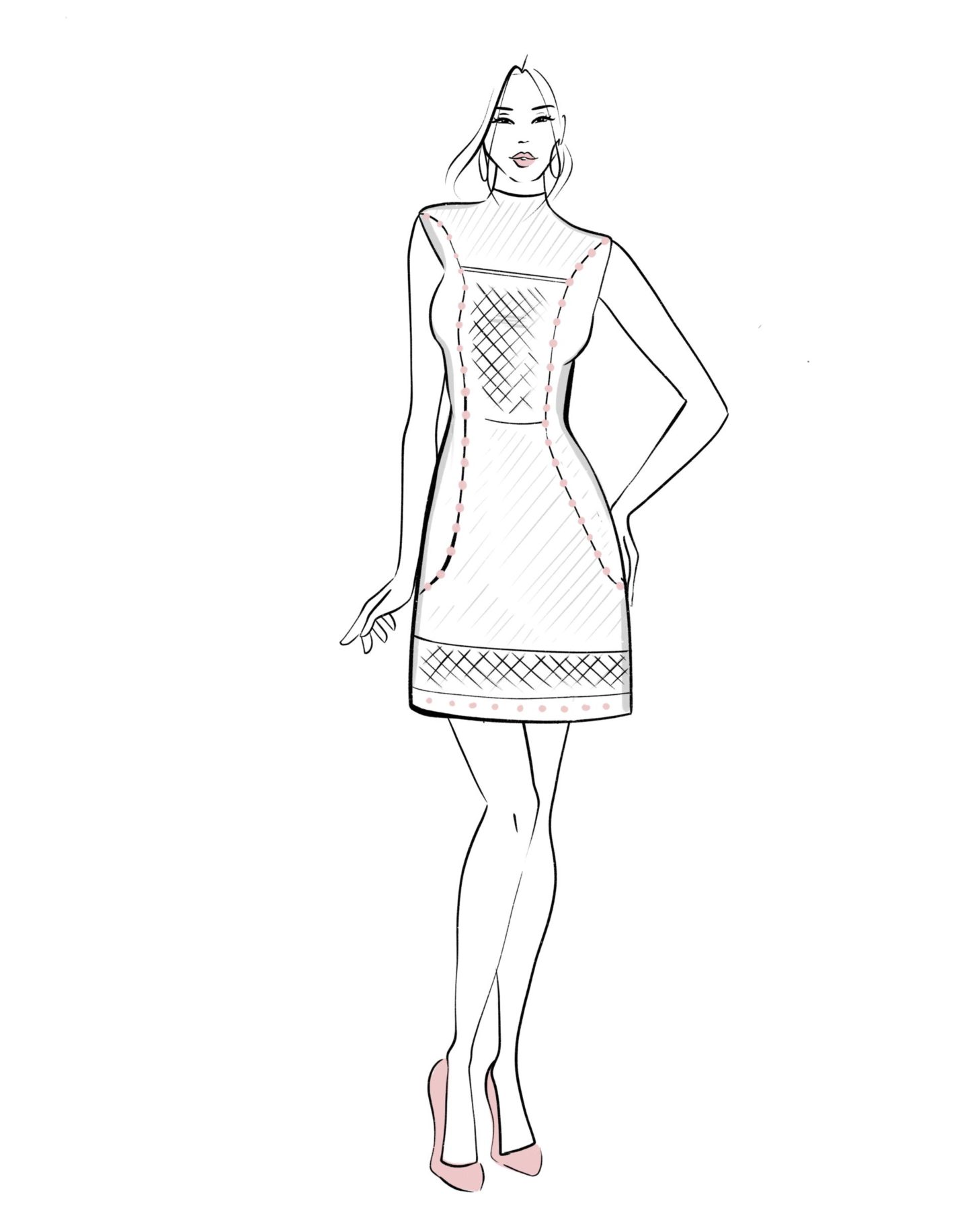 Fredericton-raised designer and podcaster Dee Silkie relocated to Toronto in 2017 to expand her Dee Silkie brand of striking silk dresses and contemporary silk shorts. A graduate of the New Brunswick College of Craft and Design, Silkie’s undeniably sexy collection is aimed at “trendy, bold women who care about style, fashion and art.” Her fascinating choice for designer inspiration? Balmain. 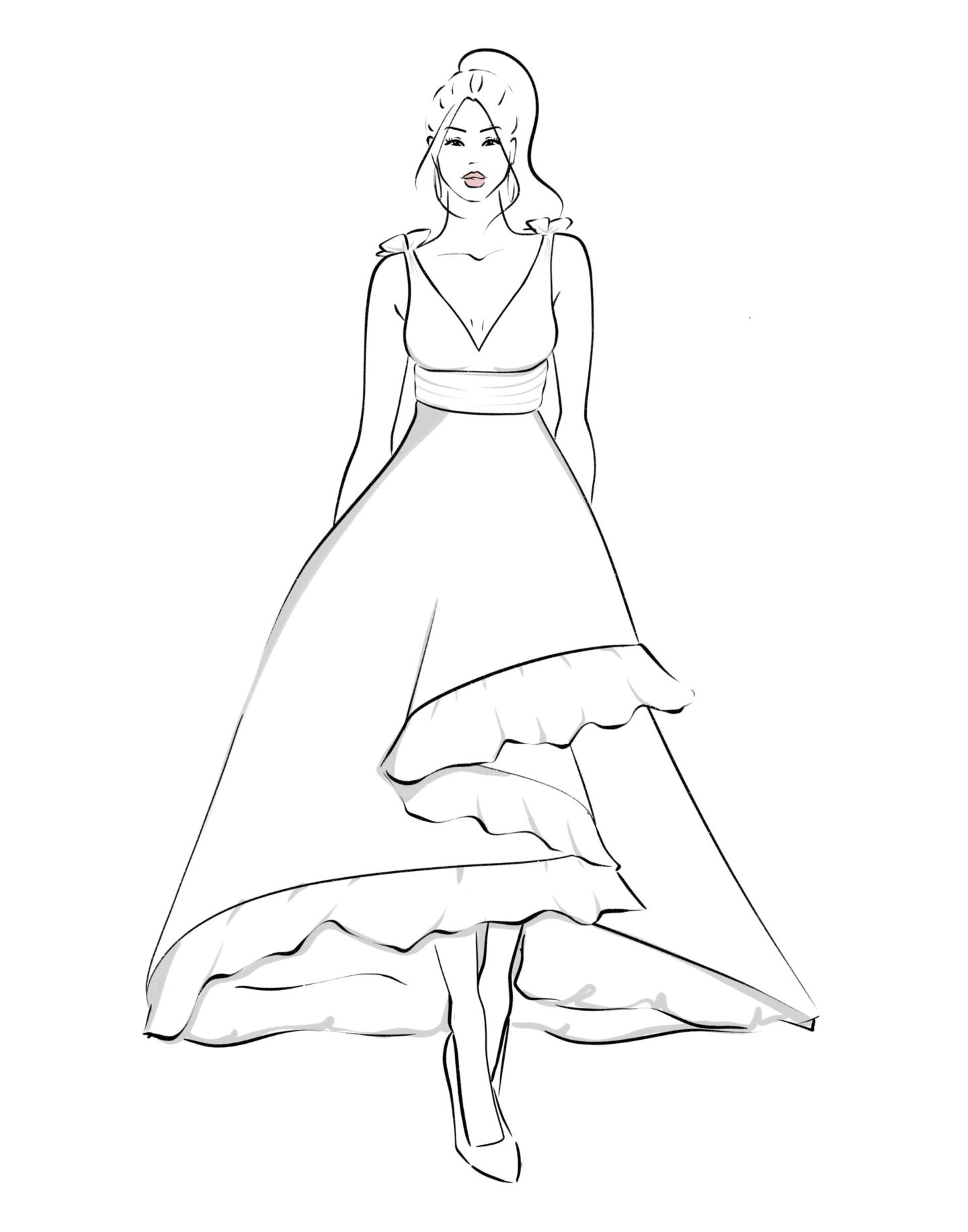 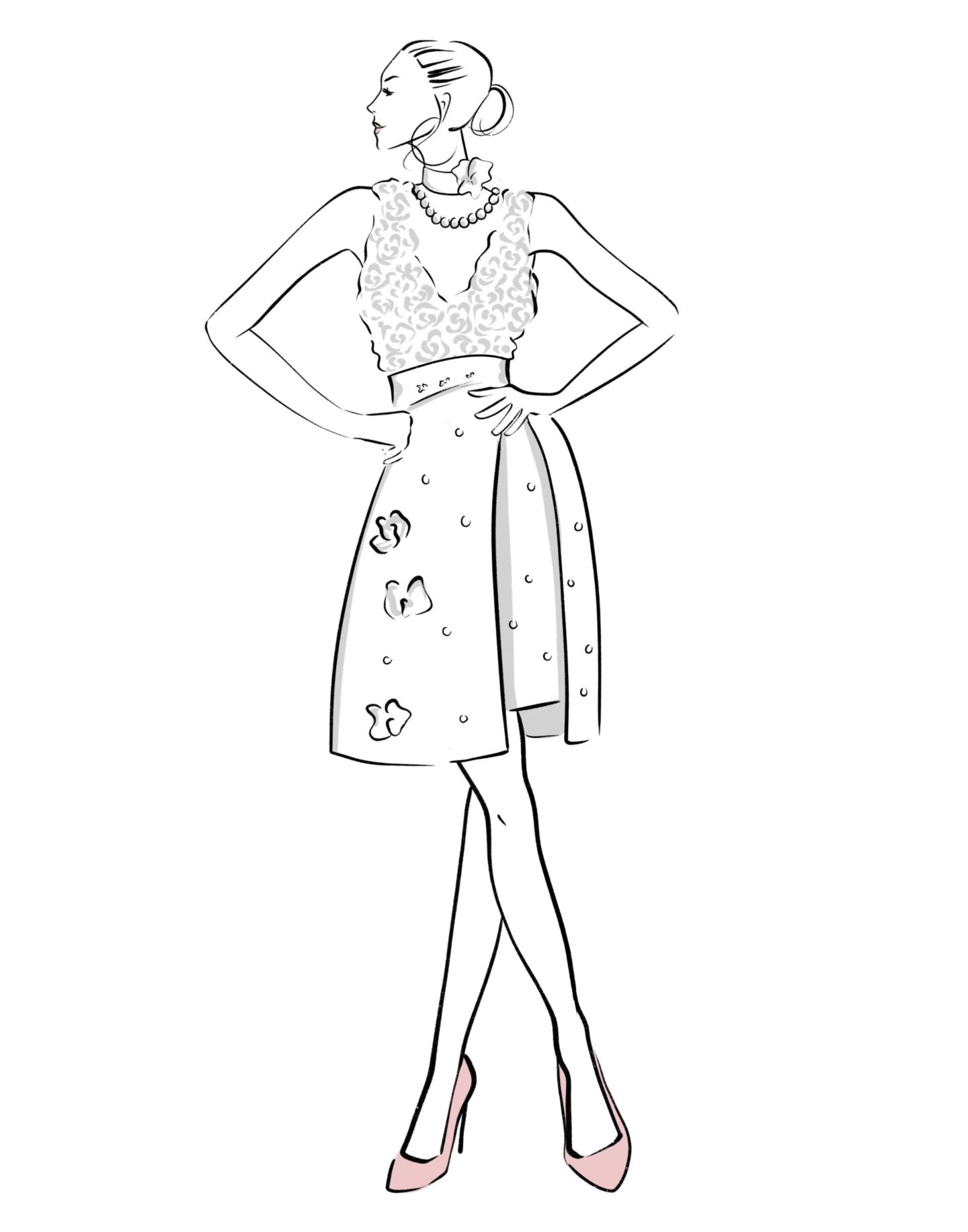 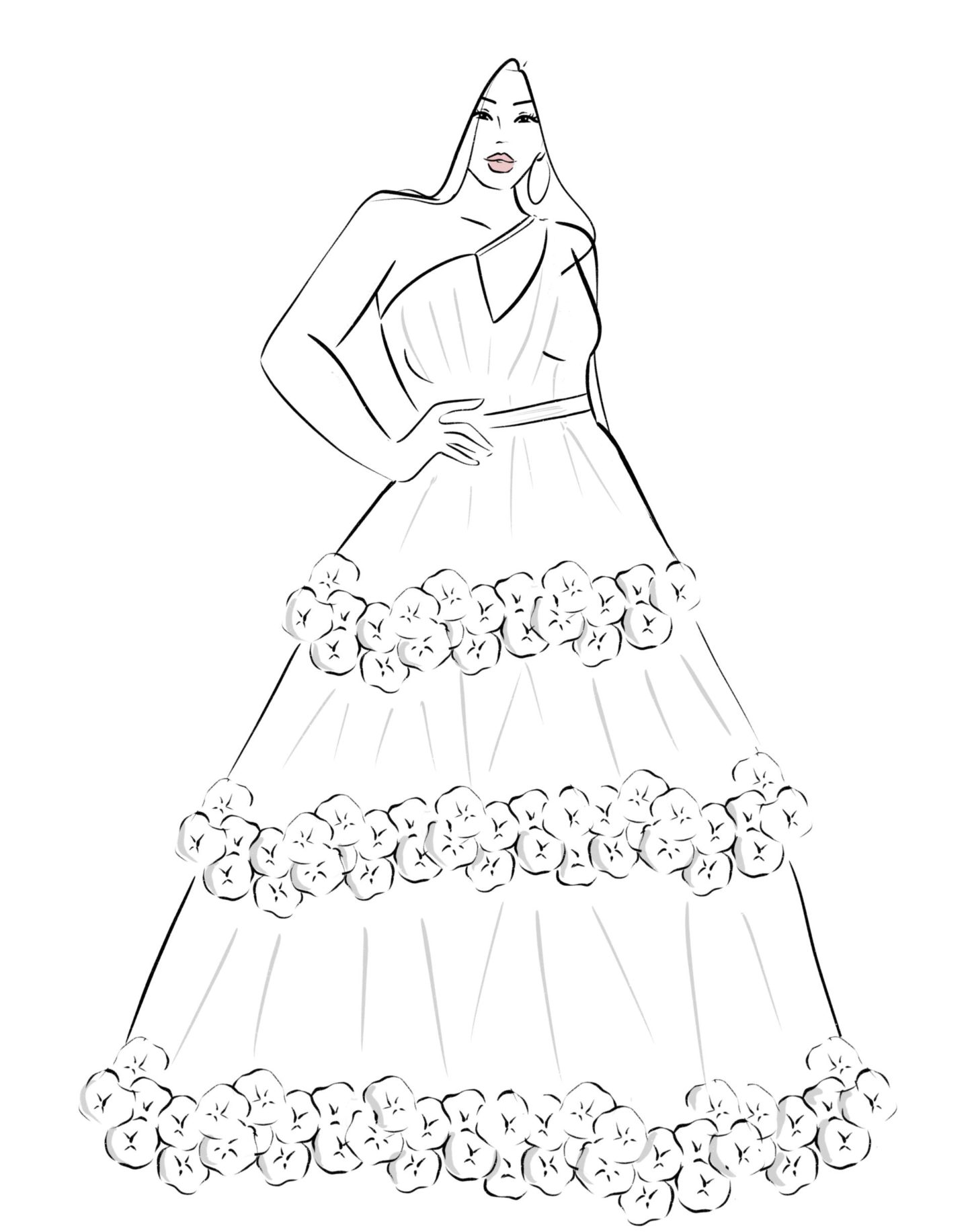 With multiple degrees in both art and fashion, Newfoundland-born Lesley Hampton is more than qualified to pursue the challenge she’s set for herself – producing fashion that “promotes body positivity, mental health awareness and diversity.” She also incorporates influences of her First Nations heritage and Third Culture Kid identity into women’s wear that ranges from glamorous, show-stopping evening ensembles to snappy athleisurewear. Hampton’s Cashmere Collection 2019 couture creation is inspired by contemporary legend Christian Soriano, notably by his incredibly intricate design work. 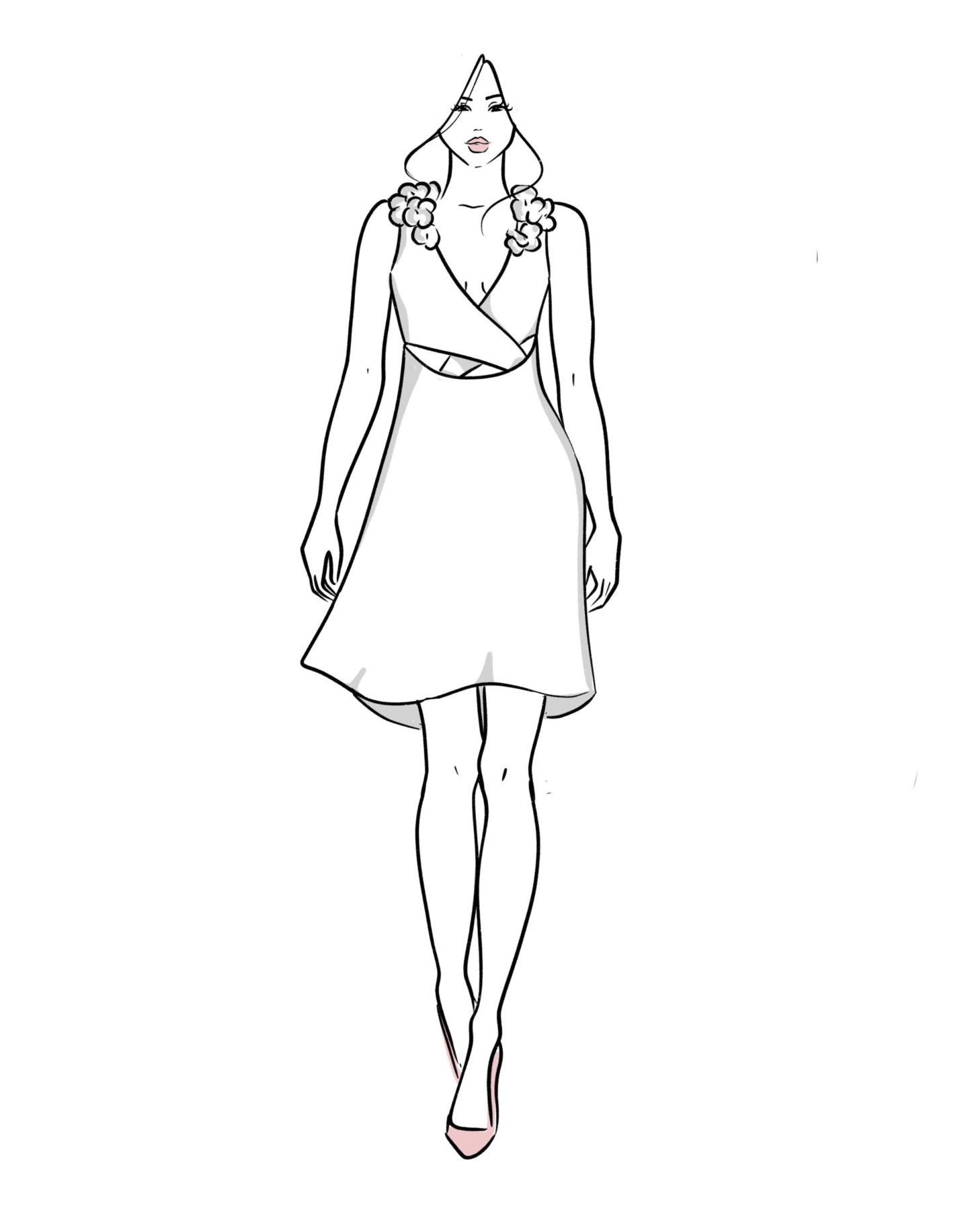 Ottawa’s Rebecca Rowe creates smart, expressive, proudly-made-in-Canada women’s wear pieces with a timelessness and perfect tailoring that make them antithetical to today’s “fast fashion” evolution. Having started her fashion education at Pratt Institute in NYC and completed it in Paris, Rowe’s nexus with fashion legend Diane Von Furstenberg is a shared emphasis on supremely wearable clothes that showcase the individual’s personality. 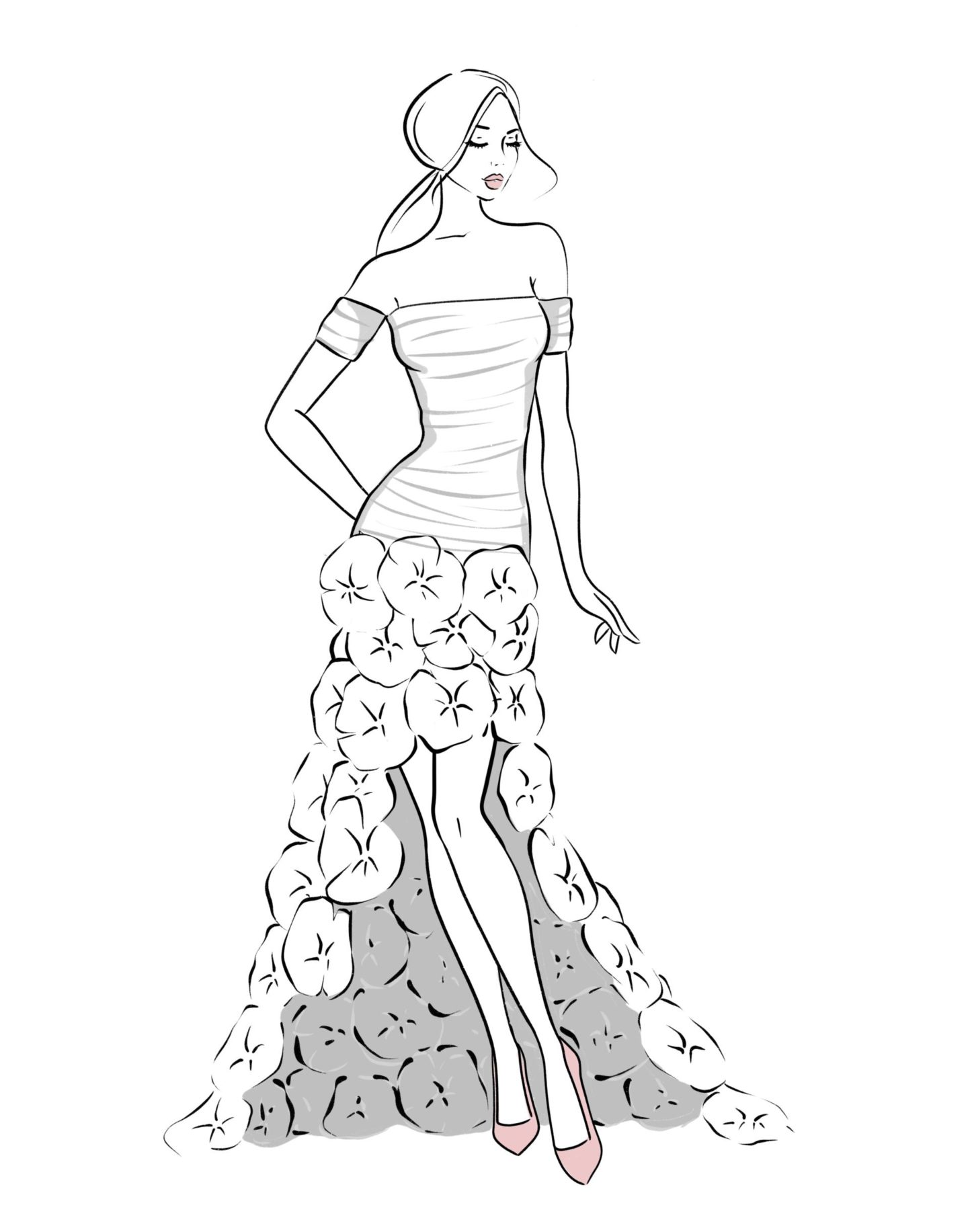 Toronto native Ryan Alexander has chosen Valentino as his inspiration for the Cashmere Collection 2019: Legends of Fashion, for their shared love of classic designs and empowering the women who wear them. Since 2014, he has been producing elegant cocktail and eveningwear using dramatically flattering silhouettes. “I’ve always been drawn to the sophistication of Valentino and aspire to that superlative quality craftsmanship in my own work, in my own way.” 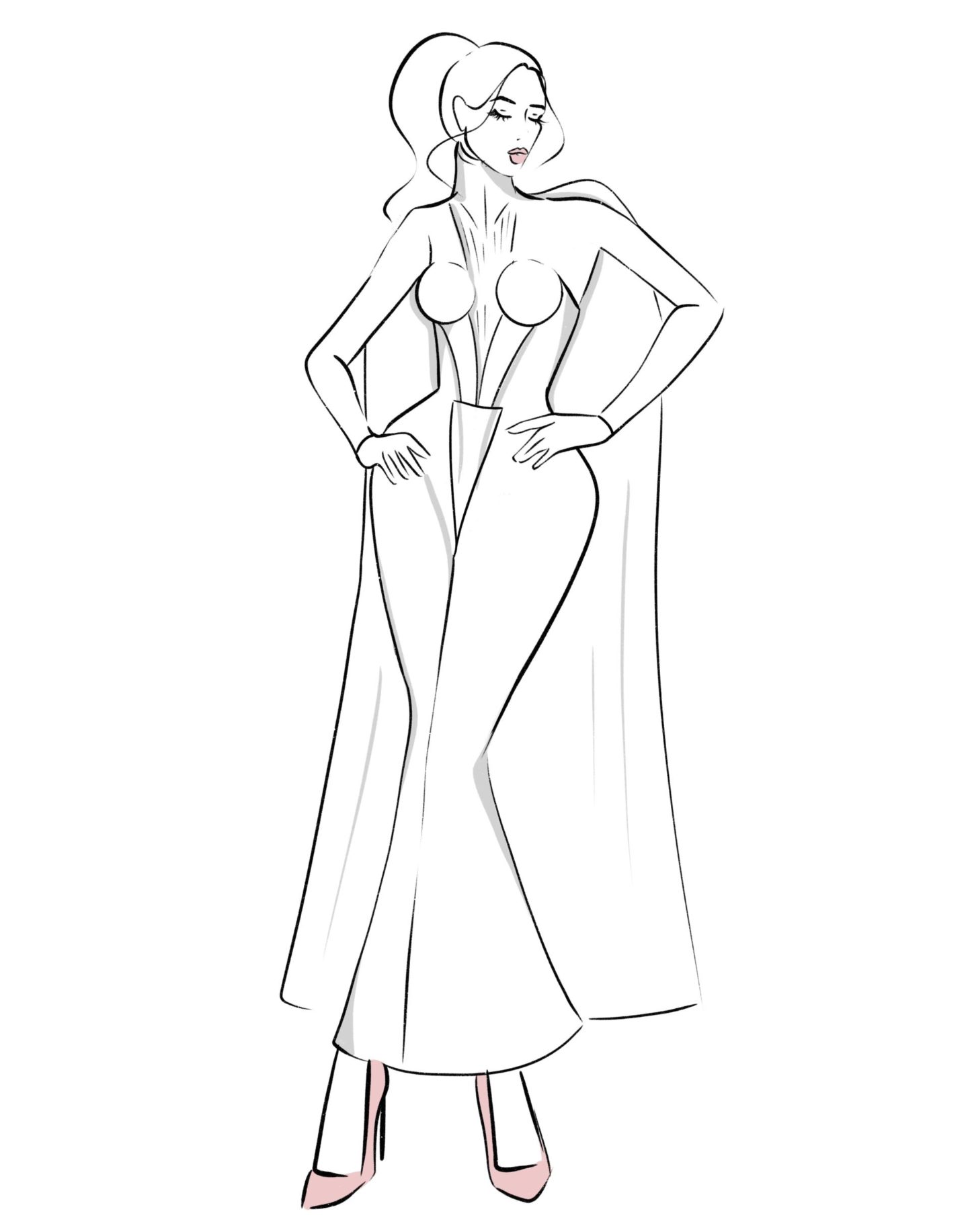 Activism and artistry are award-winning designer Sage Paul’s twin touchstones. A proud urban Dené woman and member of English River First Nation, this George Brown alum is the catalyst behind last year’s first-ever Indigenous Fashion Week Toronto, and designs a uniquely elegant women’s wear collection, with frequent use of beading and leathers. Her view that “fashion is a powerful, inclusive medium that can be a precursor to something meaningful if approached with strategy, care and integrity” puts her in sync with the Cashmere Collection’s focus on supporting the breast cancer cause in Canada. Thierry Mugler is Paul’s #Cashmere19 Legend of Fashion inspiration. 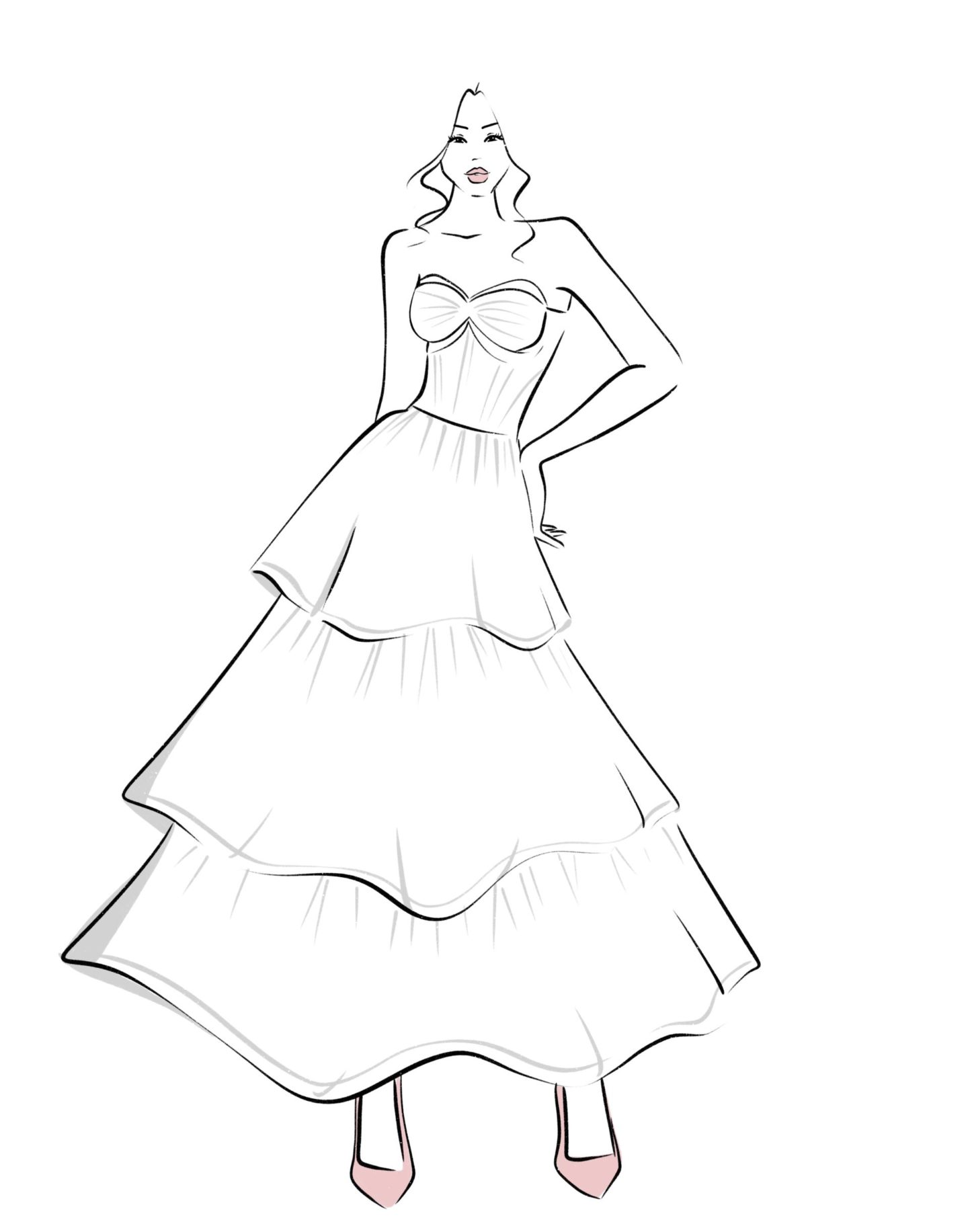 Designer Sarah Haunts has been creating customizable couture offerings with a glam bohemian aesthetic in her Oakville, ON studio, for five years. Since earning an advanced diploma from the Fanshawe College Fashion Design Program,Haunts has been motivated by the belief that “there’s truly something magical about the way a woman feels in clothing that fits her personality and her body perfectly.” It is the audacious drama and sophistication of Zac Posen’s designs, she says, that drove her to choose him as her Cashmere Collection 2019 muse. 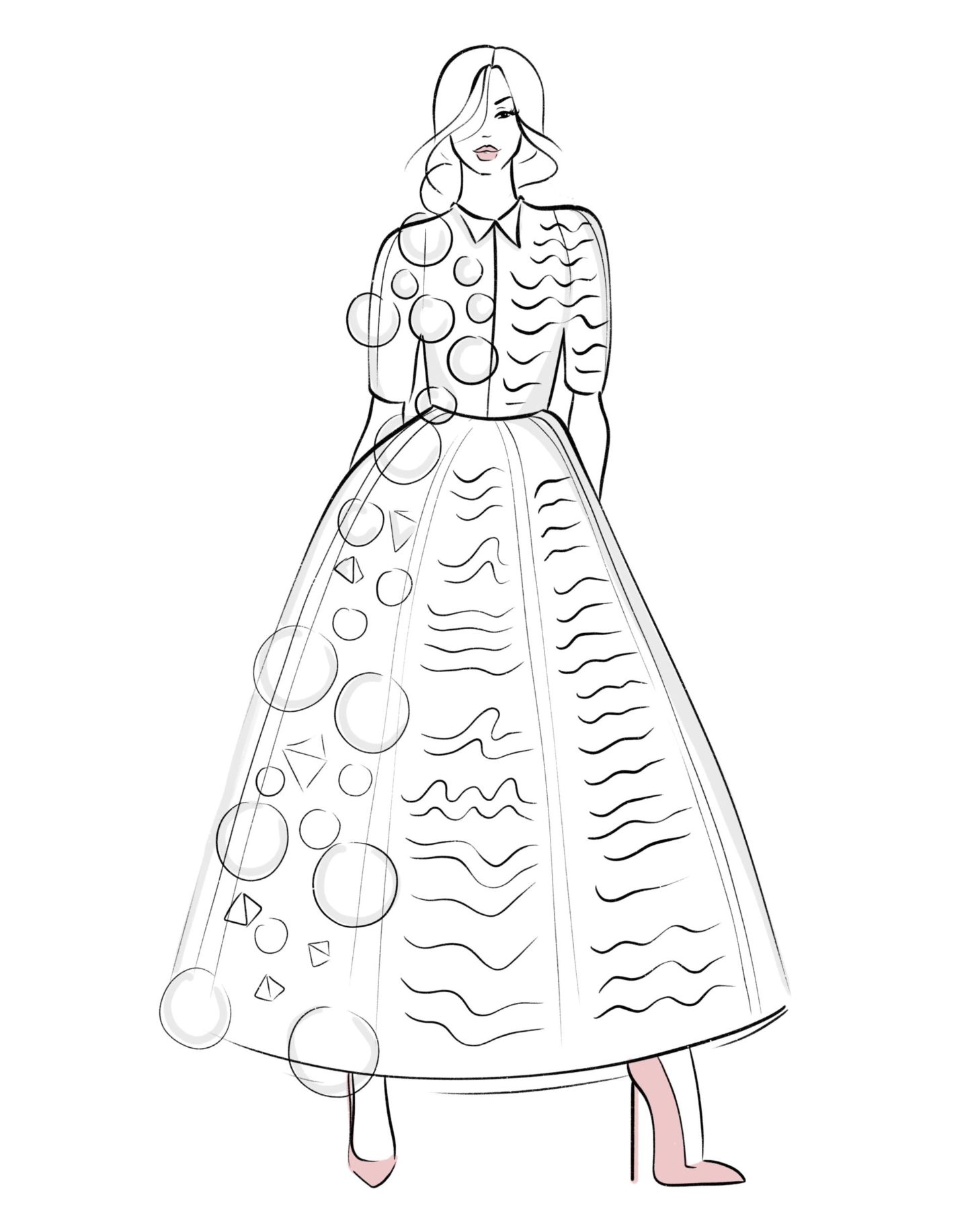 Outerwear specialist Sarah Runnallsfounded her women’s wear business in 2010, the year after she completed the Blanche Macdonald fashion program in Vancouver. Paradoxically, this Victoria-based designer has developed a reputation for masterful tailoring at the same time she’s lauded for the artful deconstruction inherent in her creations. “Although my own personal design aesthetic is minimal and pretty streamlined, I love the chaos and beauty of Commes des Garcons.” Hence her choice of one-time Rei Kawakubo/CDG protégé Junya Watanabe as her Cashmere Collection 2019 muse. 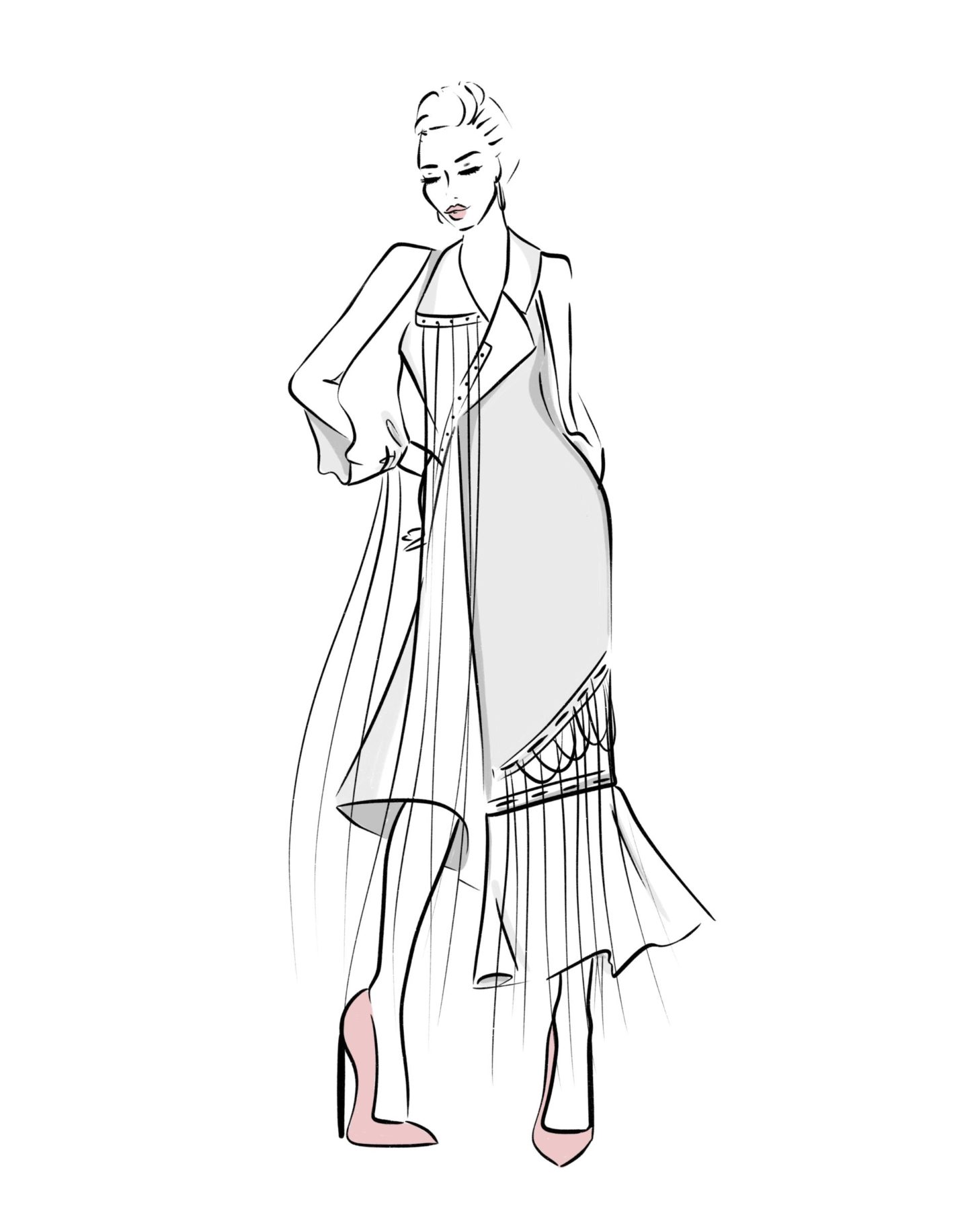 Many among Canada’s fashion cognoscenti already tout Stephanie Moscall-Varey as a future star—and she hasn’t even finished her schooling yet! The Ryerson grad is continuing to master her craft currently pursuing a Masters in Womenswear Design at the London College of Fashion, in the UK. Moscall-Varey , who created her first original, conceptually daring Fall/Winter collection under the Moskal label, takes inspiration for #Cashmere19 from Yohji Yamamoto. 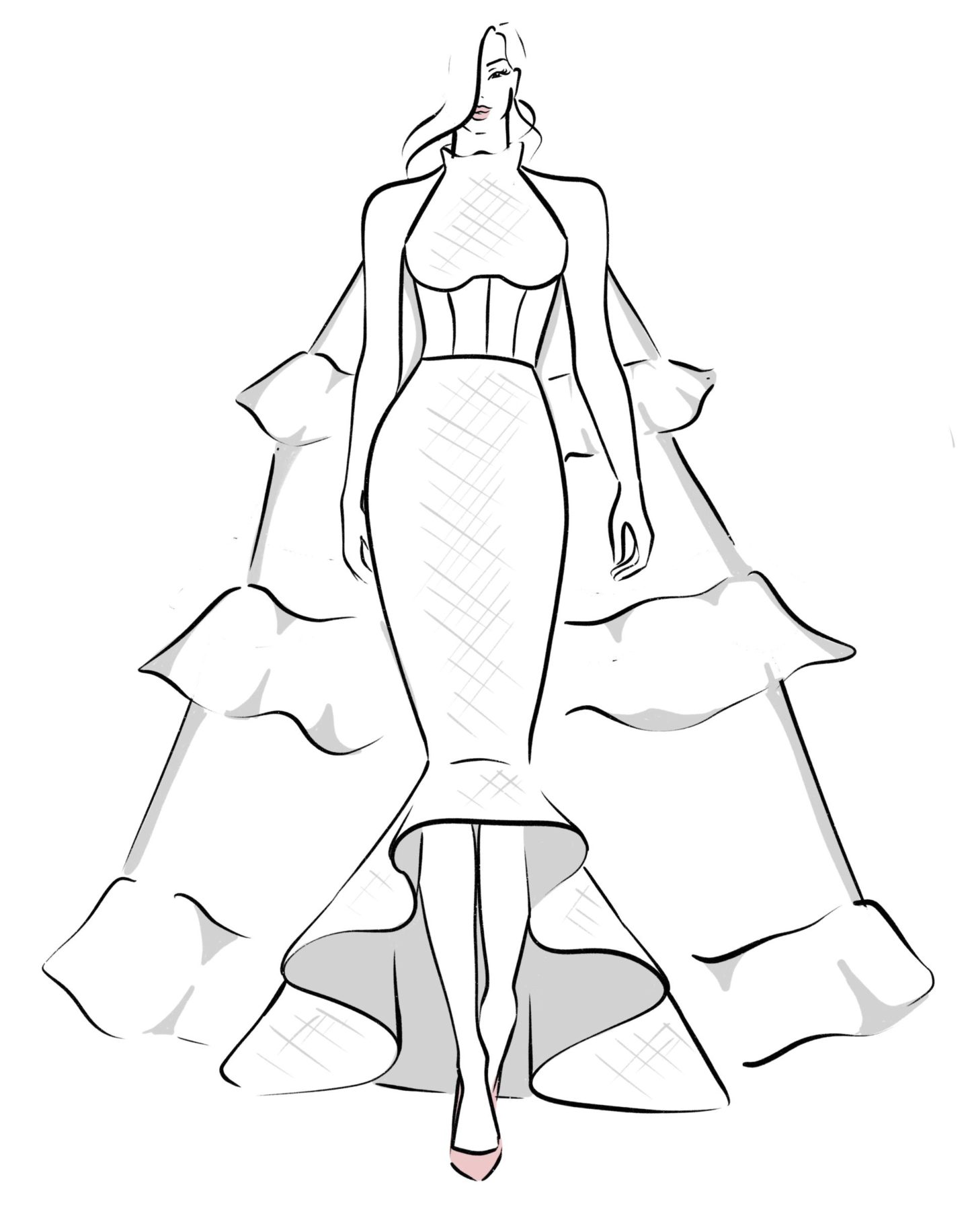 Celebrated Toronto designer Steven Lejambe says, “I love to work with different silks such as chiffon and organza and I always love tulle. You can never have too much tulle.” Well, now, with Alexander McQueen as his #Cashmere19 Legends of Fashion inspiration, he has the chance to interpret his brand of edgy romanticism in luxurious Cashmere Bathroom Tissue. You can always expect something seductive that doesn’t sacrifice sophistication, from this George Brown grad. 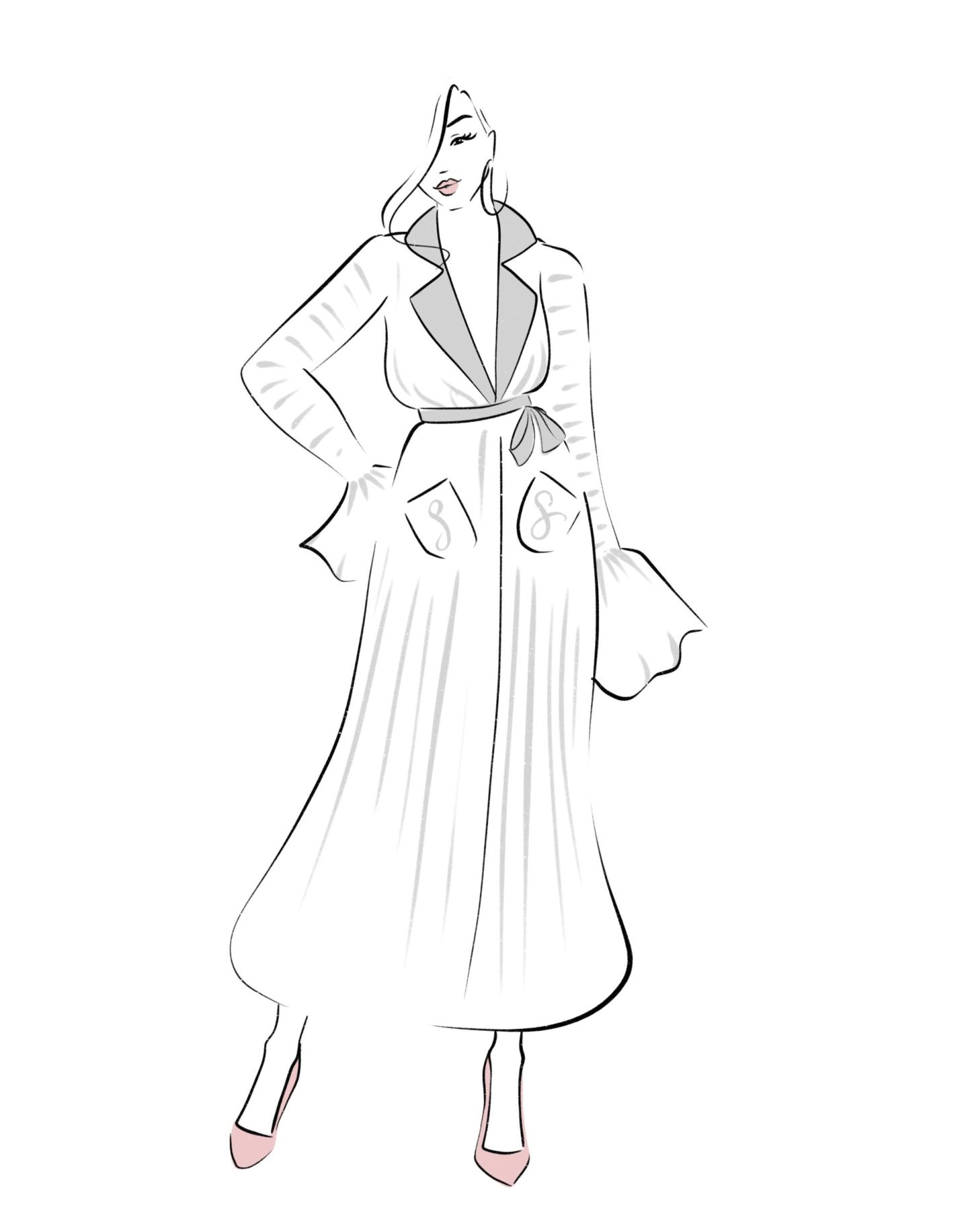 Having completed his studies at the Academy of Fashion Design, Tome Koichopolis began his professional career in 1988 designing custom collections for women. In 1992 he launched TOME Dress Salon, a couture-quality line of dreamy, sometimes whimsical, sometimes ornately beaded or embroidered, women’s evening wear. The secret to his Cashmere Collection 2019 creation is TOME’s undying admiration for fashion legend Jean Paul Gaultier and his iconic trench coats.